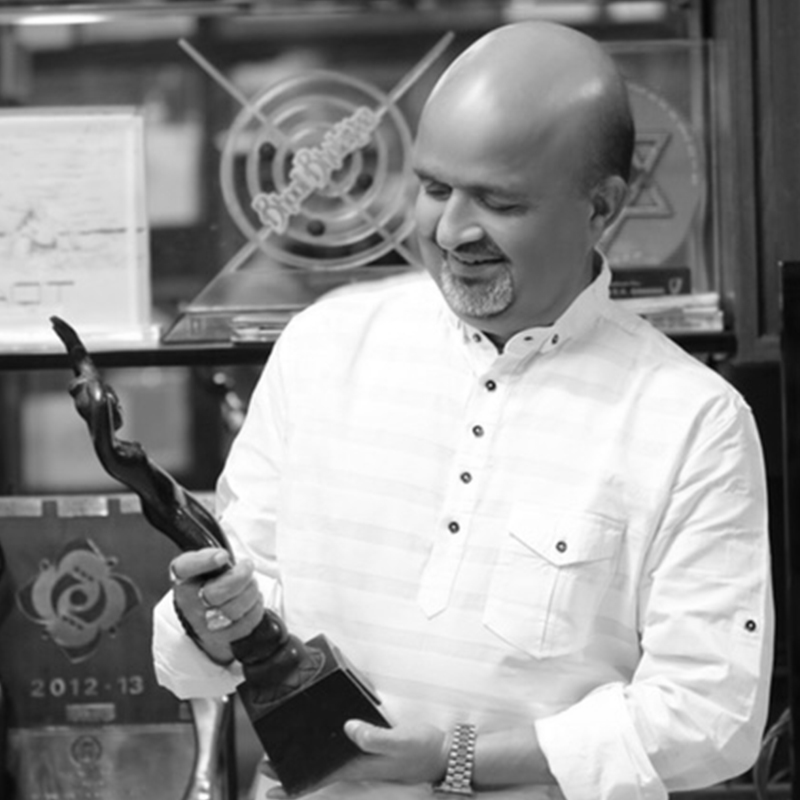 Elated to announce Sameer Anjaan as one of our speakers at AAM’22.
Shitala Pandey, better known as Sameer Anjaan, is an Indian lyricist, writing songs such as "Sarkaye Lyo Khatiya Jada Lage", predominantly in Hindi language films. He is a Guinness World Record holder for writing the most songs.He was awarded this honor on 17 February 2016.

Sameer started his career as a lyricist in 1983 with the film Bekhabar (1983).[4] The first film song he recorded was "Maar Ke Kataaree Mar Jaibe" for the Bhojpuri film Bairi Saawan (1984) sung by Suresh Wadkar and Preeti Sagar. In 1990, he came into prominence with songs in films such as Dil and Aashiqui. He won his first Filmfare Award for the song "Nazar Ke Saamne" in the latter. In the following decades he emerged as a leading lyricist in Hindi films, writing the lyrics for over 500 films (4,000 songs).[2][3][5]

According to Sameer, his inspirations have been lyricists Majrooh Sultanpuri and Anand Bakshi, and his father, Anjaan. He has said on several occasions, "Whatever I am today is only because of my father