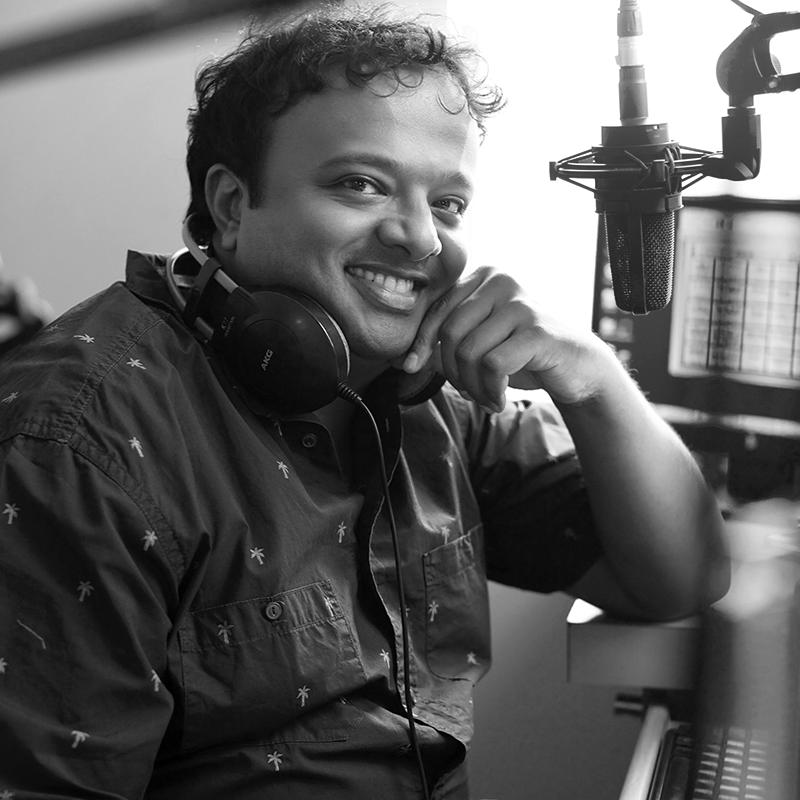 He is also a sports commentator of repute having commentated on the hindi feed of the "ICC T20 Cricket World Cup", "IPL" for Sony Max as well as the "French Open" tennis for Neo Sports

His reputation as master of ceremonies at some of the country's largest live events is unprecedented. Hrishi K is compere at the annual '’Autocar India Awards’', “Crossword Book Awards’` & the “MasterCard Annual Acceptance Forum & Awards”. All three are category defining award shows. He has also assumed host duties for the "Nasscom Awards", "IBM National Summit" , "Asian Paints Dealership Awards" among others.

His voice over skills have been felicitated with multiple "ProMax" winning promos and tv commercials. His stints as channel voice for the Zee Network, Star Network, Max, Sony Six & Mtv are well known and he is the brand voice on major campaigns like the I Phone, Godrej Properties, Mahindra and others

His latest passion is podcasting and amongst Amazon music, Apple Podcasts, Jio Saavn, Gaana & Stitchers most streamed podcasts are “The HrishiKay Sessions’’ by Kannan. His “NSE presents Investocast with HrishiKay” biweekly podcast on Moneycontrol.com is the most streamed show on the market leader portal. Hrishikesh’s “Captains Point Podcast” which he co hosts with former India women’s cricket captain Anjum Chopra is one of the most heard audio shows on the platform ‘Hindustan Times Smartcast’ as well as the streaming service Spotify.

Hrishi K won the nationwide “War Of the RJs” competition in 2016 whereby radio listeners from all over India were asked to vote for their favourite Radio Jockey. He landed up on top of the heap. More recently he has been honoured with the “Afternoon Newsmakers Achievers Award 2018” in the category ‘Best Radio Personality’ & an “EEMAX Global Award 2019” for ‘Best Awards Ceremony Emcee / Compere’