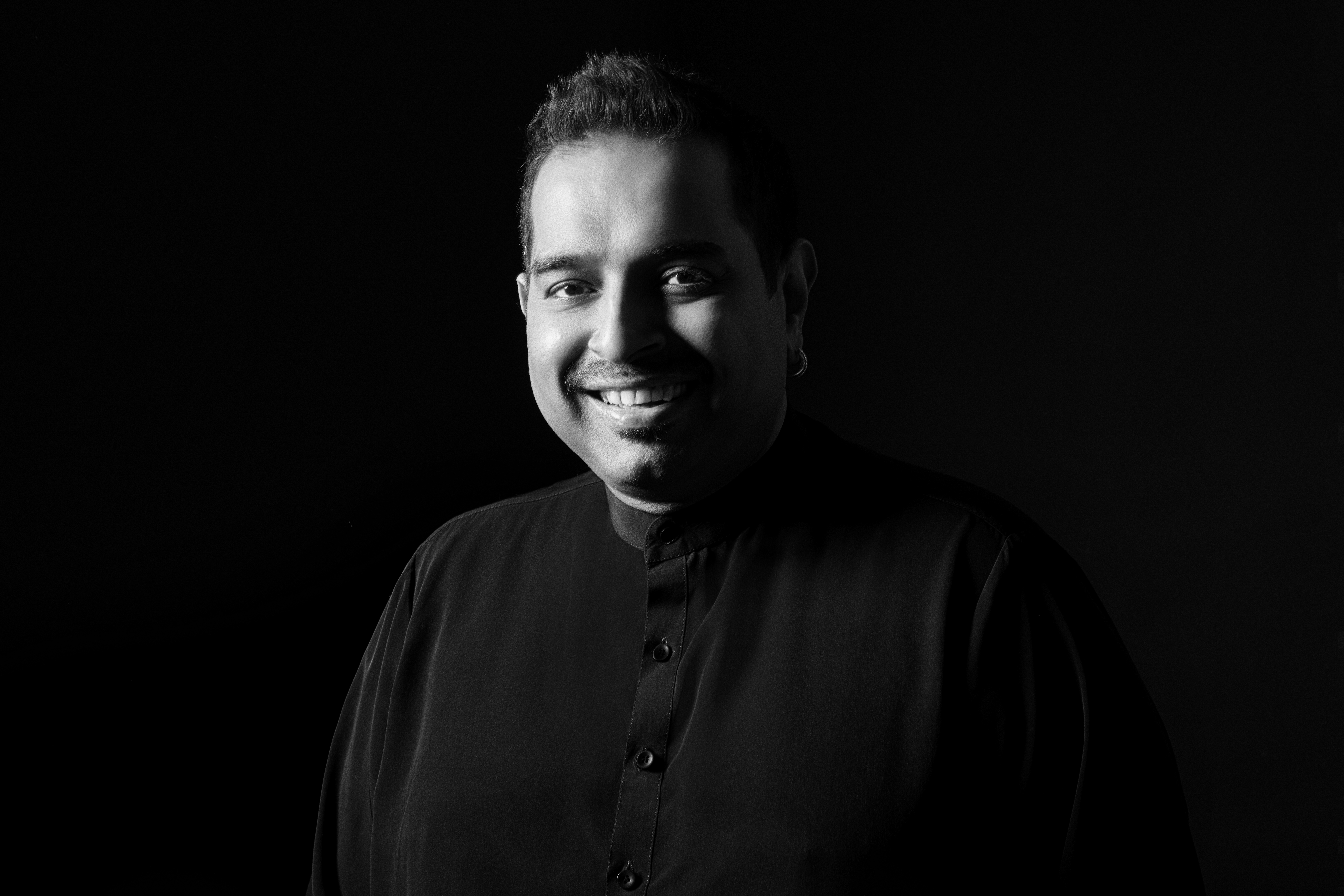 Shankar Mahadevan is a trained classical vocalist & has also learnt to play the Saraswati Veena from the age of 5.
Shankar began performing classical music since he was 9 years old. He played Veena on LATA MANGESHKAR and BHIMSEN JOSHI’S album when he was11 years old.
Shankar then went on to complete his engineering in COMPUTER SCIENCE and was developing software in Oracle, a fourth generation language.
Shankar also got the opportunity to sing in numerous ad films which became very popular like CADBURYS, PEPSI, VISA to name a few. He later teamed up with EHSAAN and LOY to form the music director trio Shankar Ehsaan Loy. Shankar won the NATIONAL AWARD for the BEST SINGER in Tamil for the film Kandukondein Kandukondein.
Together with Ehsaan & Loy the trio won the NATIONAL AWARD for BEST MUSIC DIRECTOR for the film Kal Ho Na Ho.
Recently Shankar has won a NATIONAL AWARD for the BEST SINGER for the song MAA from the film Tare Zameen Par & also for the song Bolo Na Bolo from the film Chittagong.
Together as Shankar Ehsaan Loy they have possibly won all the awards that exist in the category of music director for hindi films both nationally and internationally FILMFARE, IIFA, STAR, ZEE, SCREEN, to name a few.

In 2019 Shankar was very privileged to have won a Padma Shri Award
He has also teamed up with Swedish world music group, MYNTA, and toured extensively across Europe, the Middle East and the Far East in an endeavour to promote INDIAN CLASSICAL MUSIC.
He is an integral part of the famous Indian Jazz fusion group SILK collaborating with musicians such as LOUIS BANKS, SIVAMANI, KARL PETERS etc. This is part of his constant endeavor to globalize Indian Classical music
He is also an integral part of the legendary music group SHAKTI which is made up of tabla maestro ZAKIR HUSSAIN, guitarist JOHN MCLAUGHLIN, SELVAGANESH, and MANDOLIN U. SHRINIVAS.
Shakti has represented India at most International Jazz Festivals where Shankar was the voice of Indian Classical Music at all of these prestigious Jazz concerts.

He has sung chart busting songs for numerous Indian regional films in various languages like HINDI, MARATHI, TAMIL, TELUGU, KANNADA, MALAYALAM, GUJRATI & PUNJABI.
Along with Ehsaan and Loy they have created the theme songs for prestigious games such as the AFRO ASIAN GAMES, COMMOMWEALTH GAMES, ASIAN GAMES.
Shankar has just completed work on the Indian Heritage Centre project for Singapore. A very prestigious project that he has been very happy to have been associated with.