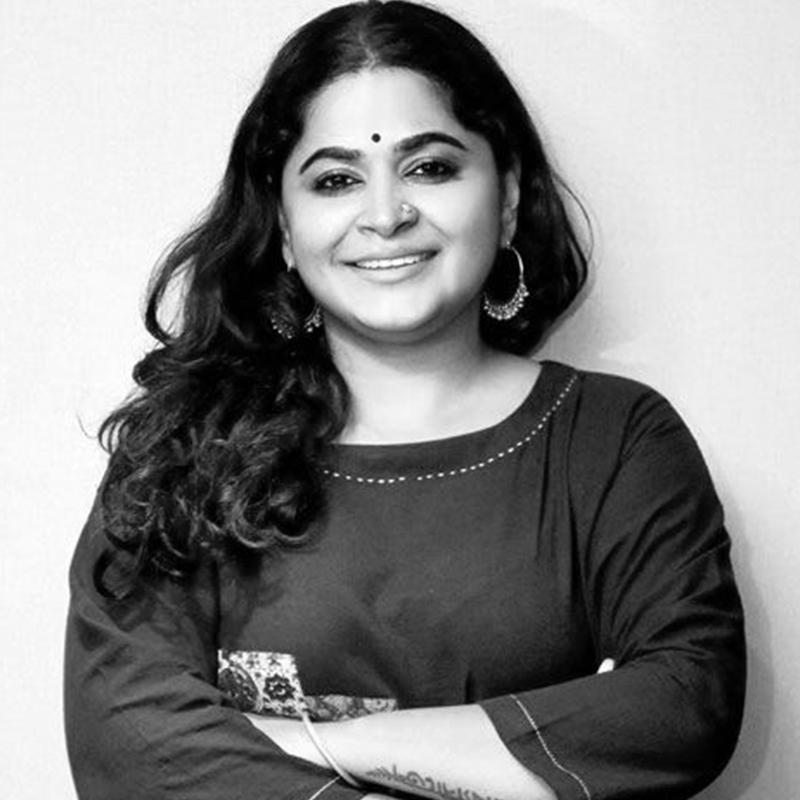 Ashwiny Iyer Tiwari comes from a modest middle class Mumbai
background, and a dedicated family of professors and teachers. After
becoming a Gold medalist in Applied Arts at Sophia Polytechnic,
Ashwiny spent 14 years leading advertising agency Leo Burnett
(India), telling stories and building brands for the biggest companies in
India and across Asia. Ashwiny’s work won several awards, including:
Cannes Lions, New York Festival, One Show, Promax, Goa Fest
etc. In 20##, she resigned from her role as Executive Creative Director,
Leo Burnett to follow her passion in filmmaking.
In 20##, Ashwiny made her first short film ‘What’s for Breakfast’
which won the Babasaheb Phalke National Award for Best Online
Film. Her success directing a short film combined with her experience
delivering creative solutions and 100+ commercials for her
national/international clients, whet her appetite for directing
advertising films. This naturally led to an ambition to direct feature
films. Ever inclined towards wanting to make a difference in society,
Ashwiny started her career as a film director by telling a powerful story
that played to her core values, coming from a family of educators. She
made her debut with the highly acclaimed release, ‘Nil Battey
Sannata’ (known in international markets as ‘The New Classmate’).
NBS is the story of a working class woman who wants her daughter to
be educated and the lengths that she is willing to go to make it
happen. The film resonated with audiences, helped Ashwiny spread the
message of ‘education for all’, and won a number of
international awards along the way. NBS was also remade in Tamil by
Ashwiny, as Amma Kannaku. The Tamil version of the film won for
Ashwiny the prestigious FilmFare Best Debut Director award.
In 2016, Ashwiny was selected as one of Femina’s Most Powerful
Women in Media. In that same year, she was also recognized as one of
Grazia’s Women Achievers. Ashwiny was invited as a TED speaker at
TedX, Bangalore, 2016. Her address on the subject of ‘The Hidden
Powers in Every Woman’ was exceptionally well received by both the
TedX audience and online viewers.

Showing her versatility as a director, Ashwiny’s next film was a
frolicking slice of life romantic comedy, produced by Times of India
Group’s Junglee Films, and called ‘Bareilly Ki Barfi’. The movie also
had a strong female centric theme which spoke to the need for women
to have choices in every sphere of their lives, including when choosing
a life partner.
As a result of BKB’s success, in 2018, Ashwiny became the first female
recipient of the prestigious Zee Cine Award for Best Director. She also
repeated her success and won the FilmFare Best Director Award. Elle
Magazine recognized Ashwiny as an outstanding achiever for her work

in films, and she was chosen to represent India in the first BRICS co-
production film, produced by JIA Zhang-Ke. The project assembled

five top female directors from Brazil, Russia, India, China and South
Africa, and had each direct a short film on the subject of
“Contemporary Female Sentiments in Society”, told from the female
perspective. The five shorts were then compiled into an anthology
feature film that was widely praised, ‘Half the Sky’.
Her most recent movie ‘Panga’ was released in early 2020, and has
been widely acclaimed by critics and audiences alike. Remaining true
to her strongly held values and beliefs, Ashwiny delivered a film that
again stimulated a nationwide conversation about the role of women in
sports and the importance of a mother’s second chance to pursue her
lifelong ambitions. In 2020, Ashwiny was selected to appear on the

cover of Forbes Woman, with the magazine terming her as “...a self-
made woman of India”. Ashwiny is currently working on a biopic

feature film on Narayana Murthy and his wife, Sudha, while also
developing a project about the brave Indian soldiers who were
commended in the Siachen Conflict.
In her personal life, Ashwiny is loving wife, and a doting mother to
twin 9 year-olds. Apart from being a successful screenwriter and
director, she continues to feed her passion for telling stories through
her ongoing work in photography and painting. Ashwiny has a deeply
held belief in the sutras of mindful living, and is also an avid yoga
practitioner who believes wholeheartedly in nurturing Mother Earth.

While today Ashwiny’s philanthropic thoughts and her messages for
society find an outlet in her films, she has an objective to one day add
value to society by working on her favorite social causes on a full-time
basis. She enjoys working on programs that will best promote her ideas
and strategies for people (especially women) to live in a mindful
environment. She is eager to work towards empowering conflicted
souls so that they may develop healthier and happier minds which
contribute to a better society. Currently, Ashwiny is also writing a
novel telling the coming-of-age story of a lone mind.