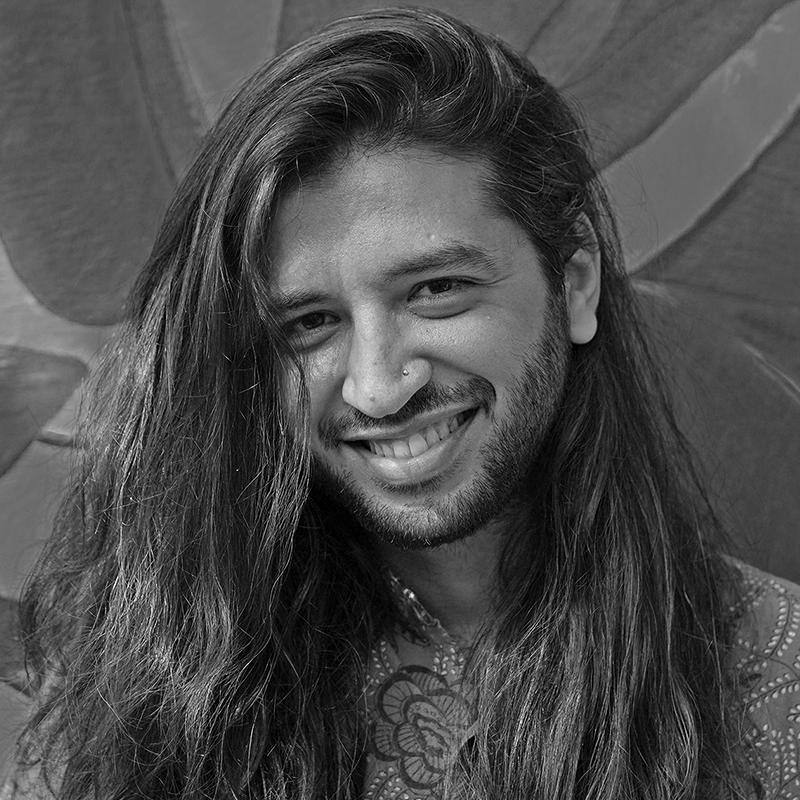 Aaquib Wani, Forbes 30 under 30 for Design ’21, is a self-taught experiential designer & art director with creative expertise in spaces, sets, interactive installations, weddings, visual, and graphic design, blending the aesthetic palettes absorbed through his Kashmiri heritage and upbringing in New Delhi. He has no formal training or education in design. From working as the art director for a music magazine to learning the boundaries of space design under renowned spatial designer Sumant Jayakrishnan, he has mastered the art of not just 2D but also 3D design.