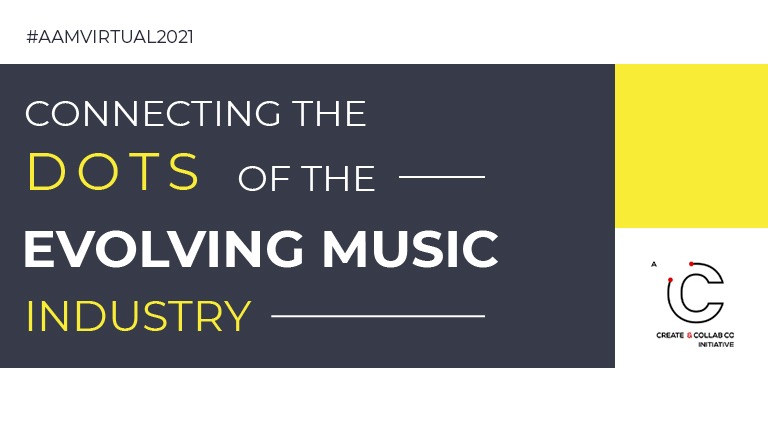 With more than 2,000 attendees from across the world tuning in to listen to over 200 experts of their domain, the recently concluded fifth edition of the All About Music (AAM) 2021 conference was scheduled from September 27 to 29. Organised by events and entertainment collective, Create & Collab, AAM has evolved since its inception in 2017 as one of the largest B2B networking events solely dedicated to an all-encompassing view of the Indian music industry with participation from more than 300 companies across 25 countries.On the impetus to organise such an event, chief man in charge, Tarsame Mittal said, “I wanted people in India to learn from each other to build a united community for the music industry.”

This year with the pandemic still keeping meetings virtual, AAM focused on regional music; independent & non-film music; revenue opportunities; and evolving music technology. There was also equal emphasis laid on visualising a post-pandemic world for the industry albeit with a focus on emerging advances in innovation. With a view to effect a 360° impact on all stakeholders, AAM provided valuable insights to musicians, consumers, distributors and companies alike.

The conference kicked off with an overarching keynote dedicated to the spotlight on regional music with Vikram Mehra, Managing Director, Saregama and Chairman of Indian Music Industry throwing light on the success of artists like Renuka Panwar’s “52 Gaj Ka Daman”. Panwar herself in a subsequent session a day later recounted her meteoric rise, highlighting her roots and journey to stardom; lessons for those hoping to harness the power of YouTube.

Another highlight is discourse around the rapidly reducing chasm between creator and consumer, where social media has become a catalyst for a universe where everyone has the ability to showcase their talent. Indeed, to that effect, Paras Sharma, Director & Head of Media Partnerships at Facebook said during a conversation with Devraj Sanyal, MD & CEO of Universal Music Group – India and South Asia.“In India, on an everyday basis more than 6 million reels are produced from across markets, demographics and tiers,” he stated.

First of a kind

This phenomenon inspired one of Mittal’s favourite parts of the conference and a first for a B2B networking event. Emerging talent, handpicked from scores of entries, were given the opportunity to pitch their songs to some of the most talented filmmakers, biggest record labels and music supervisors in the country.There were folks from VYRL, Tips Industries, Warner Music, Speed Records, Sony Music along with cinema’s greats such as Siddharth Roy Kapur, Rakeysh Omprakash Mehra, Mukesh Bhatt, Sabbas Joseph and more. Plus, a collaboration withRolling Stone India featured intimate performances by 24 artists to the ‘Pitch Your Performance / Showcase’ segment.

This subsequent mushrooming of new talent sparked by the isolation of the pandemic, is reflected in the drastic overhaul of revenue mix for the Indian music industry. Panels like the Live Business in times of Uncertainty had stalwarts Gunjan Arya of Only Much Louder, Roshan Abbas of Geometry Encompassand Kunal Khambati of Bookmyshow who advised business owners on economic insulation through diversification of portfolios.

Those interested in the intersection of technology and music received valuable lessons with panels focused on the legality of NFT and DAO; a primer on licensing and selecting the perfect distribution route for their music. Innovations such as Spatial Audio and Dolby Atmos were discussed, touching on trends. “In the last year we were very surprised to see audio in the top three smartphone specs that consumers are seeking,” said Prabhu Ram Head IIG and CMR in a panel on music beyond brands. Folks like Quentin Staes-Polet Director, EMEA, India, ASEAN – Unreal Engine, Epic Games stressed on the accessibility of a future Metaverse which ought to be entirely open sourced. “There has to be lots of creators adopting immersive and interactive technology,” he said. With Indian cinema taking a backseat these last couple of years, the future of Bollywood was discussed by music biggies like Salim Merchant. A particular favourite of this writer, the only all-women panel on independent journalism highlighted the trials and tribulations of covering a dynamic space like independent music.

Finally, musical geniuses like AR Rahman, Asees Kaur, Gulzar, Guru Randhawa, Jubin Nautiyal, Kaka, Shri Ilaiyaraaja, Tanishk Bagchi, Vishal Bhardwaj and will.i.am in conversation with each other validated our faith in the perseverance of the Indian music industry. Panels focusing on the burgeoning of South Asian talent snatching a seat at the international table and a spotlight on Indian hip hop cemented the grip India has on the world map. So much so that music exec giant Scooter Braun’s advice to young musicians was, “Everything you need and every bit of opportunity is right here in India and if you can take it and build it here, the rest of world will watch and chase you.”

Complete list of speakers at All About Music 2021 below: