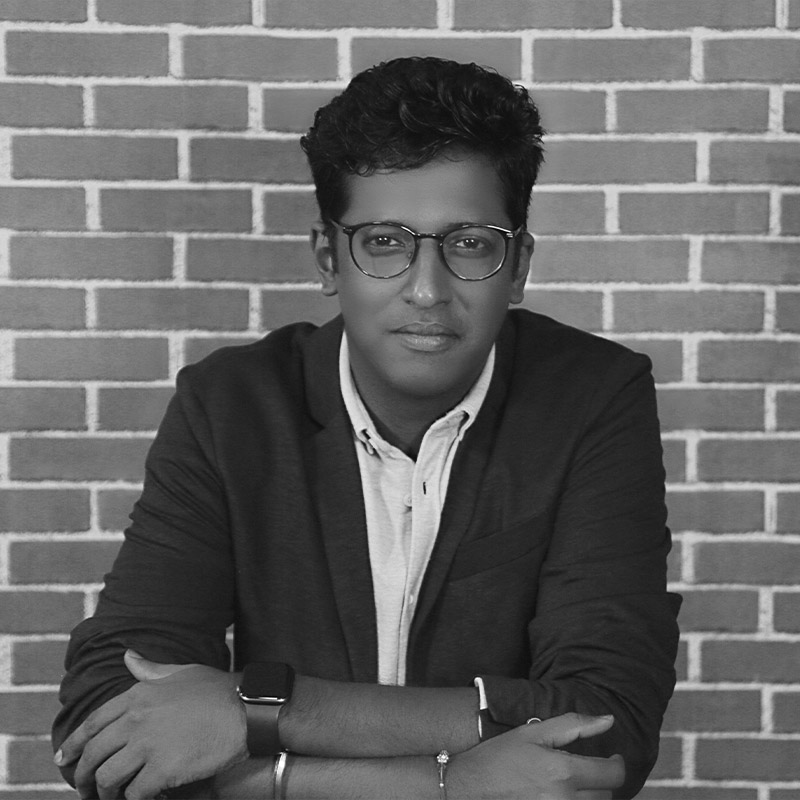 With over a decade of experience in the Entertainment Industry, Sushant has an intrapreneurial approach in handling Media and Digital Space. With a performance history of handling top and emerging talents, his specialization lies in promoting artistic talents backed by data-driven science. Using this mantra of designing strategic solutions with an analytical approach, he has helped transform many creators into a brand through tactically designed content and brand solutions.

Prior to being a founding team member of Qyuki, Sushant led Digital Media Marketing for Walt Disney India. He began his career with Indiagames, India’s leading video game company, where he led the company in creating the biggest offline gaming community in India.

At Qyuki, under the guidance and leadership of Mr. Bangara, Sushant closely worked with some of the biggest talents from the music and entertainment industry like A.R Rahman, Salim-Sulaiman, Clinton Cerejo, Gajendra Verma, Arjun Kanungo digital superstars like Mr.Faisu, Teen Tigada, and many such prolific talents, and continues to do so. He has also played a key role in launching some of the mega-digital-first IPs like ARRived, a singing talent hunt show spearheaded by A.R. Rahman as a mentor, and Jammin’, a collaborative original series uniting legendary Bollywood composers with India’s leading internet icons, as well as the EPIC FAM JAM, a first-of-its-kind social media fan festival and many more.

He is also an active speaker on several media platforms where he shares his secrets of Digital and Content Marketing Strategies for the creators.