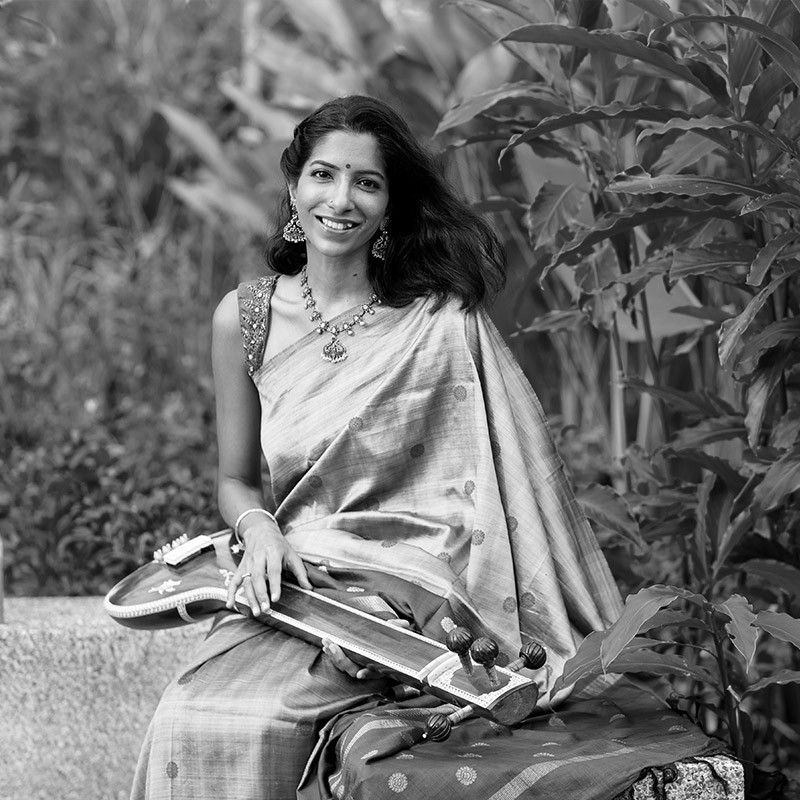 Sushma Soma is an award-winning Karnatik vocalist. Recognised as one of the passionate ‘youths driving positive change through their actions’ and amongst ’10 women leaders in music’ in Singapore, Sushma was awarded the Young Artist Award, the highest honour for young arts practitioners in Singapore.

Sushma recently released HOME, a bold project to raise awareness about environment and sustainability through music that is equally audacious. Created with American composer Aditya Prakash, HOME has received critical acclaim from the music industry, organisations and individuals invested in the cause, such as The BBC and makers of Oscar award winning documentary, My Octopus Teacher.
Regarded as ‘one of the finest albums about environment and wildlife…’ (Indian Express) and ‘a rallying cry for humanity to take care of the planet we call ‘home’’ (Songlines), HOME also featured in RollingStone India, The BBC, The Hindu, The Straits Times, NHK Japan to name a few.