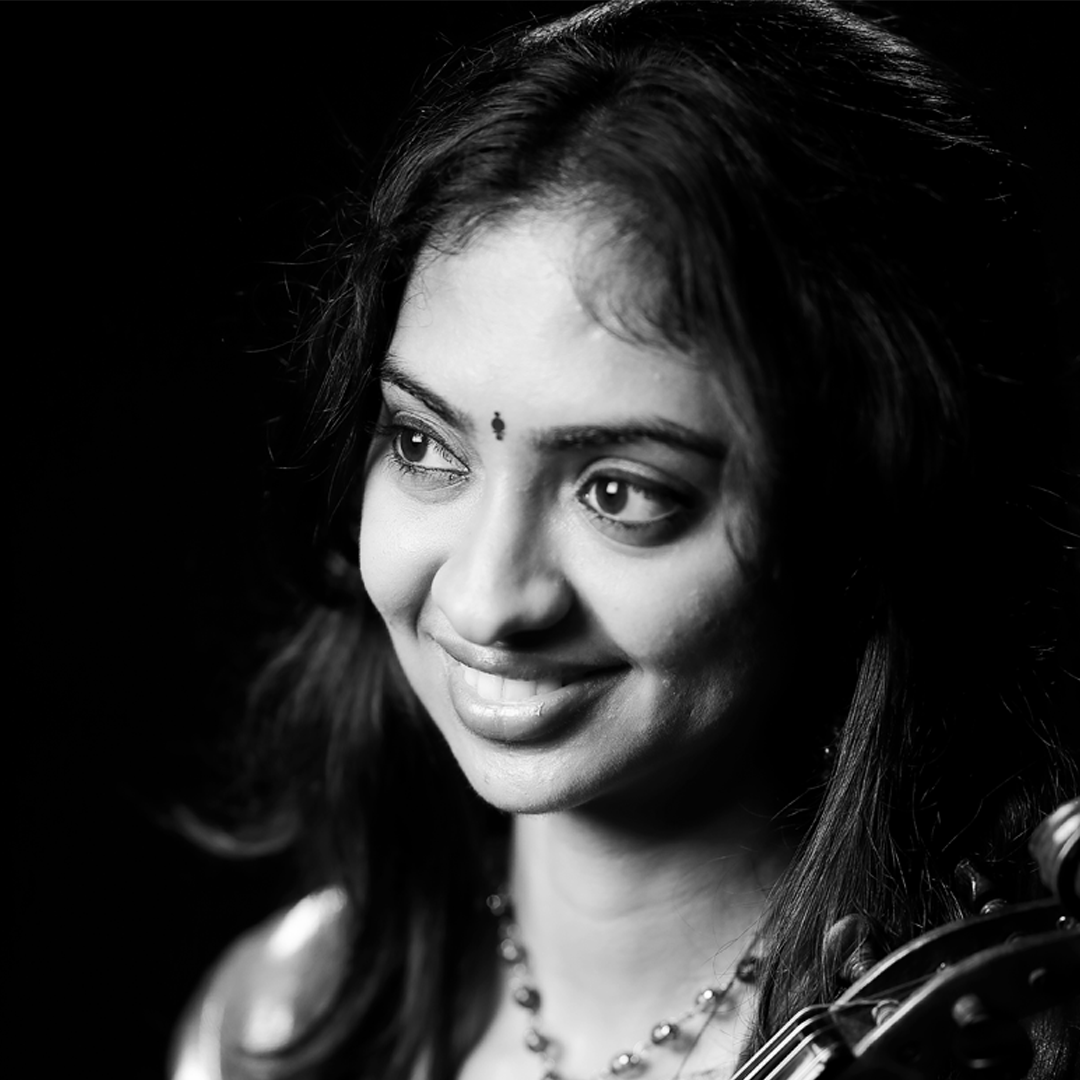 Born in a family with a musical lineage spanning over seven generations, Ragini Shankar began her training in Hindustani(North Indian) Classical Music on the Violin at the tender age of 4 under the tutelage of her illustrious grandmother, Padmabhushan Dr. N Rajam and her exemplary mother Dr. Sangeeta Shankar, ace violinists of India, along with a strong support from her father Shankar Devraj.
Known for her ability to reproduce vocal music on the violin, she has performed in numerous prestigious music festivals all over India, Europe, North America and South East Asia. She is a faculty at the Whistling Woods International-School of Music, a premier film school in Mumbai since its inception. She has collaborated on musical projects with acclaimed artists in diverse genres like renowned lyricist Irshad Kamil’s ‘Ink Band’, noted French composer Thierry Pecou’s ‘Sangata’ and Sangeeta Shankar’s innovative fusion ‘inStrings’ along with her sister Nandini Shankar. She is a recipient of the Aditya Birla Kala Kiran Award and the Jashn-e-Youngistan award presented by the Vice President of India. She has also appeared on the platform of TEDx.
She has also excelled in her academics being a top ranker in Mechanical engineering and holds a Masters’ in Music.