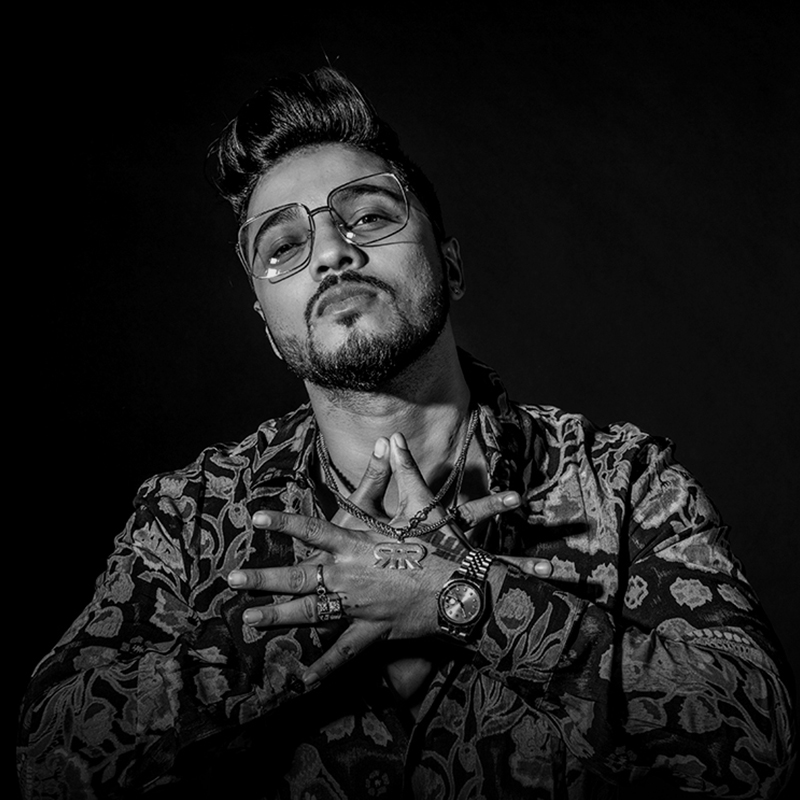 Raftaar, a powerhouse who has risen to fame in a short span of time and is today’s youth icon apart from being an endowed music producer, songwriter and singer Raftaar collaborated on Tamanche Pe Disco in 2013 and Whistle Baja in 2014 and Gabbar Is Back in 2015 which went onto becoming instant hits with the masses and they became a constant fixture on the airwaves. Consequently, he went on to win the highly prestigious Brit Asia Award from UK for ‘Best Urban Single’ in 2014 along with Manj Musik. A Malayali by origin, and raised in New Delhi, Dilin Nair, better known as Raftaar as the stage name, raps in Hindi, Punjabi, Haryanvi, and sometimes in Malayalam. Having given a number of hit songs like Tamanche Pe Disco from Bullet Raja, Pappi Song and Whistle Baja in Heropanti, Dal Makhani in Dr. Cabbie and Dhup Chik in Fugly, the cool and hip rapper has also performed at MTV Bollyland and Windsong Music Festival. Swag Mera Desi by Raftaar and Manj Musik which was released in 2014 and Desi Hip Hop which was released in 2015 were exclusively premiered by MTV for their Spoken Word Series which reached over a million hits overnight. Raftaar has become fashionably popular throughout the South Asian film industry having collaborated with music moguls like Vishal Shekhar, Manj Musik, Badshah, Muzical Doctorz, and many more from the music industry. Having fed his soul through MTV India's Coke Studio RAFTAAR has continuously paved his way as an artist with music producers from BOLLYWOOD to independent music and even having an international imprint. Making major contributions with his music for Films like - TIGER ZINDA HAI, DANGAL, LUCKNOW CENTRAL, TUM BIN 2 in 2017 he's had a massive opening in 2018 with his debut album ZERO2INFINITY being launched back in MAY RAFTAAR only looks around for new opportunities where he can push boundaries with his new music.