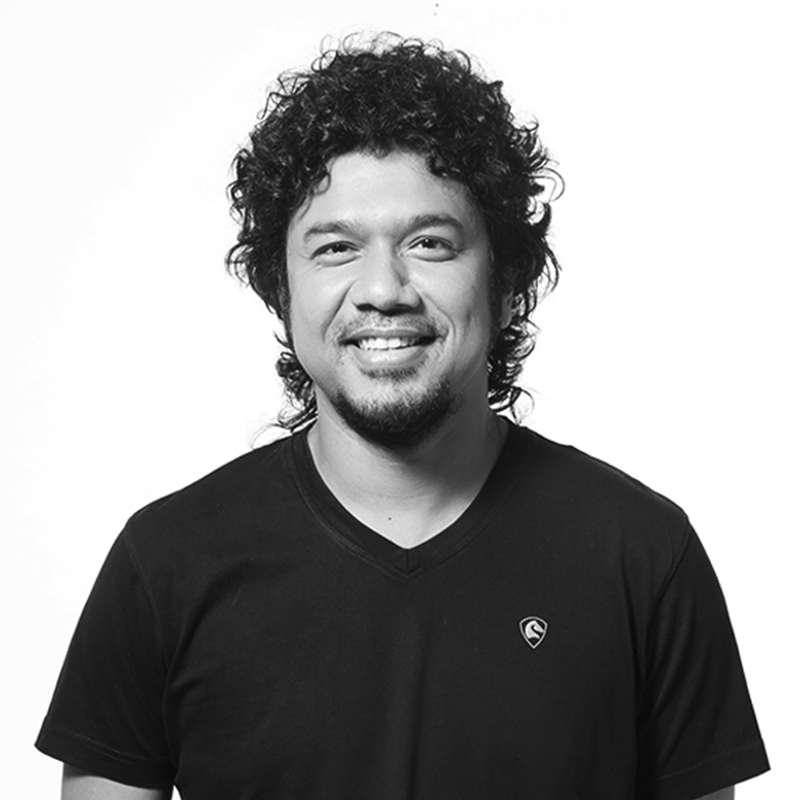 ANGARAAG MAHANTA, popularly known as PAPON, is an Indian singer, multi-instrumentalist,
composer and record producer who is originally from Assam and presently based out of Mumbai.
While rooted in folk, Papon has a wide variety of influences and considered to be an extremely
versatile artist and has become one of the most recognizable-and-sought-after voices in India.
Papon was born to a set of brilliant musicians of Assam and was introduced to music and its
intricacies at a very early age. His mother ARCHANA MAHANTA and father Late KHAGEN
MAHANTA were two very popular and respected musicians of the eastern region. Coming from a
musically attuned family, music has always been in his blood. His inspirations came from the
wide array of sound that he has been exposed to – i.e. from the traditional Folk songs of Eastern
India to Ghazals to new-age Electronica.
His initial training has been in Indian classical and traditional music (devotional and folk) from
Assam. His innovative experiments are rich with ambient electronica, acoustic folk, electro
ghazals to classical sounds. Blessed with a voice that’s smooth and soulful at the same time,
Papon has managed to carve a niche for himself as a versatile singer and composer. He can
easily switch from folk music to ghazals to electronica to bollywood playback signing and it’s
no surprise that he’s a name to reckon with in the music scene in India.
Although his first language is Assamese, he also sings in Hindi, Punjabi, Marathi, Tamil, Bengali and Gujarati language.