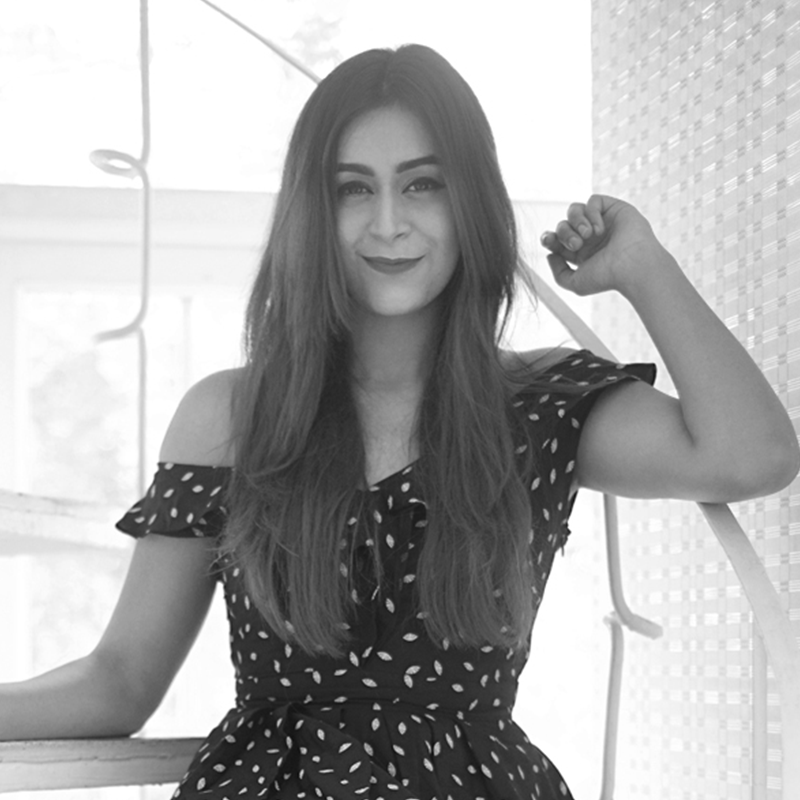 A Delhi Based Singer Songwriter who believes she is an old soul, Kamakshi Khanna is an effervescent voice who believes in bringing life experiences and stories through her songs. Kamakshi is a creator of raw, organic songs and tunes that emerge from an intricate mixture of her experiences and epiphanies in the middle of trips taken to quaint corners of the world. Think of a voice that goes through various styles, including but not limited to Rhythm and Blues, Soul, Pop and Ballads. Lyrically, her songs talk about her interactions and tiffs with life and the things that make her appreciate the present. From singing in Acapella choirs to featuring on reality TV Shows, she’s been there and done that. All of 24, her ability to delve and explore newer paths and collaborate with musicians of all walks of and stature set her apart in the next generation of music from India. From releasing an EP (Much Mellow) in 2015 to an album (Cakewalk) in 2017, Kamakshi’s ability to translate her thoughts and inspirations into words and music sets her apart.