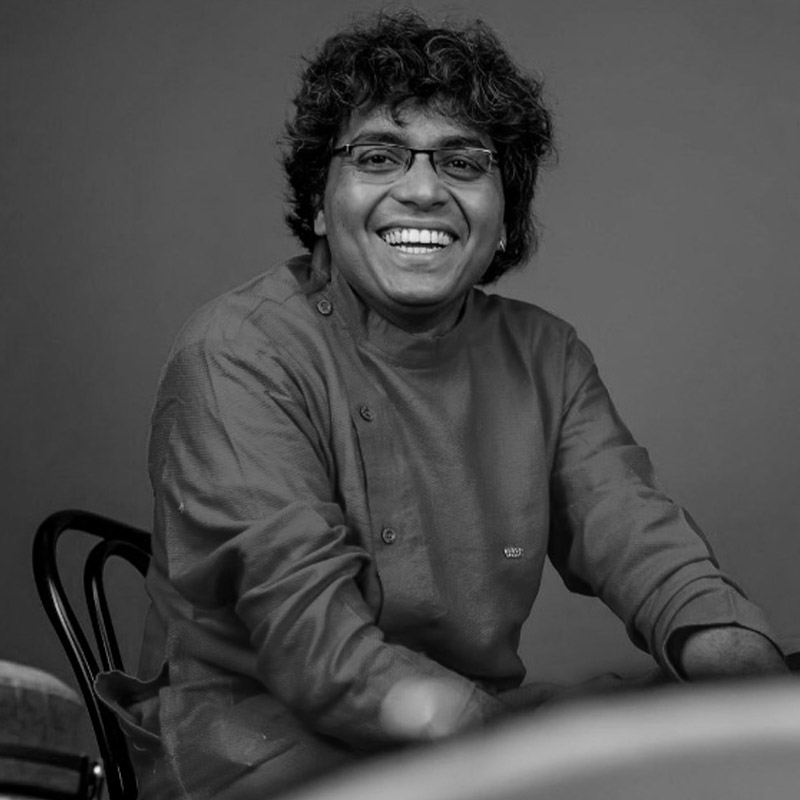 Dipesh started his musical training at the age of 10 from Pt. Bhavani
Shankar. Since 2007, he has been a disciple of percussion maestro
and composer Ustad Taufiq Qureshi. Dipesh plays a spectrum of
percussion instruments such as Djembe, Darbuka, Timbale, Conga,
Batajon, Cajon Box, Hybrid Stick Percussion Kit, Standing Drumkit to
name a few.
Dipesh is part of Taufiq Qureshi’s bands – ‘Mumbai Stamp’ and
‘Surya: The New Sun’. He has collaborated extensively with
renowned Indian classical artists such as Pt Niladri Kumar, Ranjit Barot, Pt Ravi Chary. He also played for tabla maestro
Ustad Zakir Hussain for one his projects featured in a US concert. Recently he had a privilege of designing the Maharashtrian dhol tasha section for Ustad Zakir Hussain & Ustad Taufiq Qureshi’s recent project for United Nations.

With such a strong rhythmic foundation, it is no wonder that Dipesh
masters the percussion skills of classical, fusion and Bollywood
music. His style of playing is effortless, fluid, upbeat and groovy