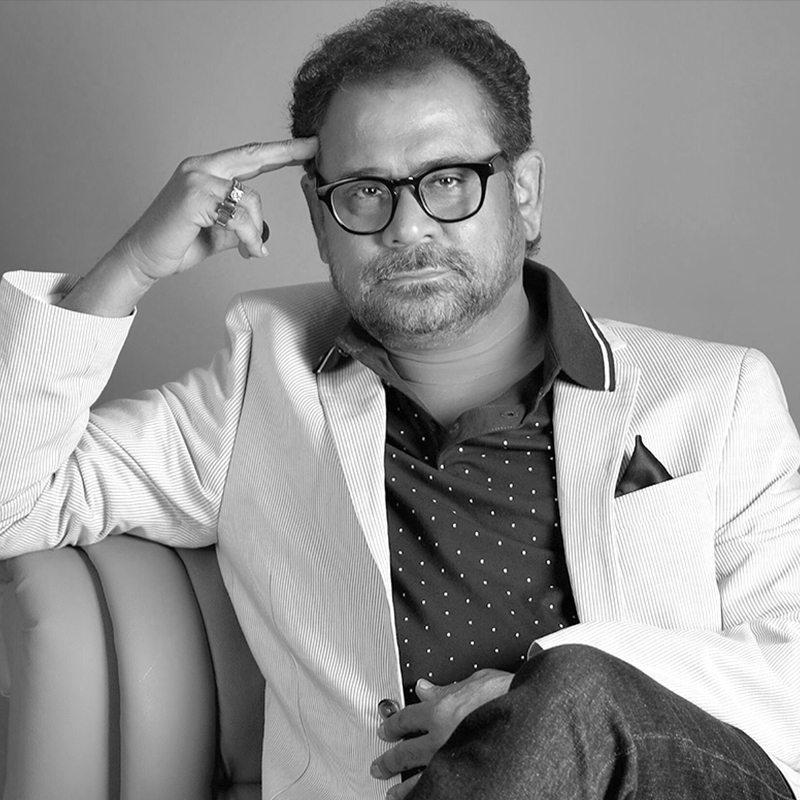 From a very young age Anees Bazmee was inclined towards the creative field of Cinema. He started his film career as a child artiste. At the age of 13, he came to Mumbai to pursue a career in Filmmaking. Initially, he dabbled in various jobs like sound recording, editing and art direction, to gain on-field technical knowledge and learn the ropes of filmmaking. He also worked as Assistant Writer to prominent writers Mr. Ravinder Pippat and Mr. Jainendra Jain. But his ambition of becoming a Director was so strong that he got the opportunity to work as an Assistant Director to Mr. Raj Kapoor for the film ‘Prem Rog’.

Over the years he assisted many prominent film directors and after ghost-writing 15 films, he made his debut as a Screenplay Writer for the 1990 critically acclaimed blockbuster ‘Swarg’, starring Rajesh Khanna and Govinda. Following it, he delivered several blockbusters like ‘Bol Radha Bol’, ‘Shola Aur Shabnam’, ‘Aankhen’, ‘Laadla’, ‘Deewana Mastana’, ‘Raja Babu’ and ‘Mujhse Shaadi Karogi’ to name a few.

He has written over 60 films in Hindi, Tamil and Marathi across various genres including romance, thriller, suspense, comedy and action.

In 1995, his long overdue ambition of becoming a Director gained fruition and his first film ‘Hulchul’ as a Writer-Director starring Ajay Devgn, Kajol and Vinod Khanna was well-received at the box-office. It was followed by box-office hits like ‘Pyaar Toh Hona Hi Tha’, ‘Deewangee’, ‘No Entry’, ‘Welcome’, ‘Singh Is Kking’, ‘Thank You’, ‘Ready’, ‘Pagalpanti’ and ‘Aakhein - 2’ to list some.

His latest project was ‘Bhool Bhulaiyaa 2’, a horror-comedy, starring Kartik Aryan, Kiara Advani and Tabu which was the biggest blockbuster of 2022.
His upcoming project is ‘No Entry Mein Entry’, a sequel to the 2005 hit ‘No Entry’.